Note...Dates will only be engraved in numbers only  10.01.2014  not letters   I.E September or November  (do to limited space on the bars to engrave)

Also for an additional $20.00  we can engrave on the back of each bar  your lodge name etc

A LEWIS is a simple but ingenious device employed by operative Masons to raise heavy blocks of dressed stone into place. It consists of three metal parts: two wedge-shaped side pieces, and a straight center piece, that fit together (tenon). A dovetailed recess is cut into the top of the stone block (mortise). The two outer pieces are inserted first and then spread by the insertion of the center piece. The three parts are then bolted together, a metal ring or shackle is attached and the block is hoisted by hook, rope and pulley. By this means, the block is gripped securely. Once set in its place in the structure, the lewis is removed leaving the upper surface smooth with no clamp or chains on the outside to interfere with the laying of the next course. Our ancient operative brethren used this tool as early as the Roman era. Stones with the mortised cavity for the insertion of a lewis have been found in Hadrian's Wall built c. 121-127 CE. Archaeologists have found further evidence of its use by the Saxons in England in buildings constructed in the 7th century. The origin of the term 'lewis' for this device is uncertain. Some authorities trace its etymology to the French levis from lever – to lift, hoist, raise; and louve – a sling, grip or claw for lifting stones.

In the days of operative Masonry, it was a great source of pride when a son followed in his father's footsteps and was Entered as an Apprentice, his name 'entered' on the roll, and thereby admitted to the lodge. To study his father's skills and learn to use his father's tools were manifest expressions of the greatest honor and esteem a son could pay. It was common to carry on the tradition through several generations in the same family. 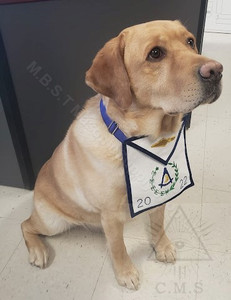 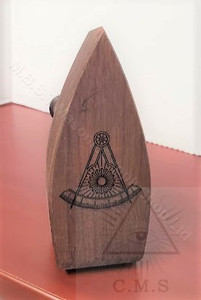