Lapel pin Forget Me Not

Beautiful Lapel Pin     "Forget Me Not"

The Story Behind the "Forget me not" Pin

The Forget-Me-Not (Das Vergissmeinnicht) The Story Behind This Beloved Emblem Of The Craft in Germany
In early 1934, soon after Hitler's rise to power, it became evident that Freemasonry was in danger. In that same year, the "Grand Lodge of the Sun" (one of the pre-war German Grand Lodges, located in Bayreuth) realizing the grave dangers involved, adopted the little blue Forget-Me-Not flower as a substitute for the traditional square and compasses. It was felt the flower would provide brethren with an outward means of identification while lessening the risk of possible recognition in public by the Nazis, who were engaged in wholesale confiscation of all Masonic Lodge properties. Freemasonry went undercover, and this delicate flower assumed its role as a symbol of Masonry surviving throughout the reign of darkness.
During the ensuing decade of Nazi power a little blue Forget-Me-Not flower worn in a Brother's lapel served as one method whereby brethren could identify each other in public, and in cities and concentration camps throughout Europe. The Forget-Me-Not distinguished the lapels of countless brethren who staunchly refused to allow the symbolic Light of Masonry to be completely extinguished.
When the 'Grand Lodge of the Sun' was reopened in Bayreuth in 1947, by Past Grand Master Beyer, a little pin in the shape of a Forget-Me-Not was officially adopted as the emblem of that first annual convention of thebrethren who had survived the bitter years of semi-darkness to rekindle the Masonic Light.
At the first Annual Convent of the new United Grand Lodge of Germany AF&AM (VGLvD), in 1948, the pin was adopted as an official Masonic emblem in honor of the thousands of valiant Brethren who carried on their masonic work under adverse conditions. The following year, each delegate to the Conference of Grand Masters in Washington, D.C., received one from Dr. Theodor Vogel, Grand Master of the VGLvD.
Thus did a simple flower blossom forth into a symbol of the fraternity, and become perhaps the most widely worn emblem among Freemasons in Germany; a pin presented ceremoniously to newly-made Masons in most of the Lodges of the American-Canadian Grand Lodge, AF&AM within the United Grand Lodges of Germany. In the years since adoption, its significance world-wide has been attested to by the tens of thousands of brethren who now display it with meaningful pride.

Buy in bulk and save ! 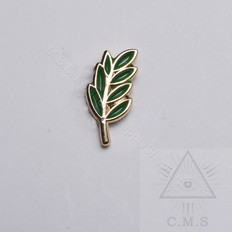 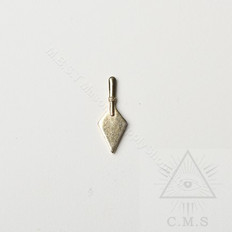 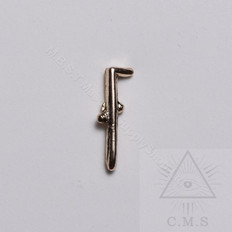 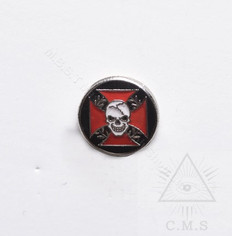 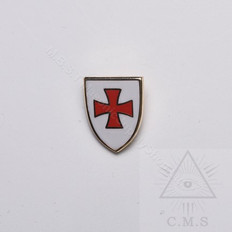 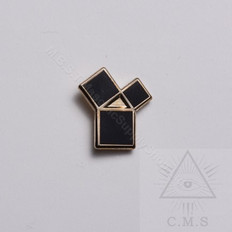 Past Master 47th Problem of Euclid 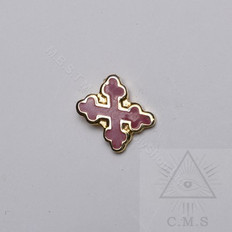 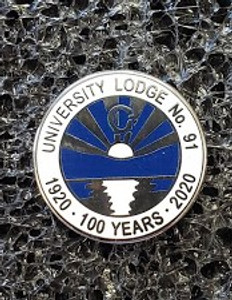 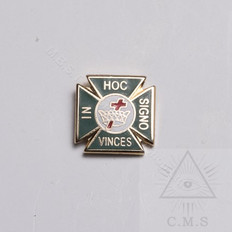 Unique Forget Me Not Tie clip 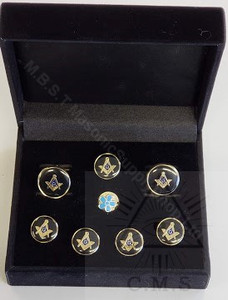